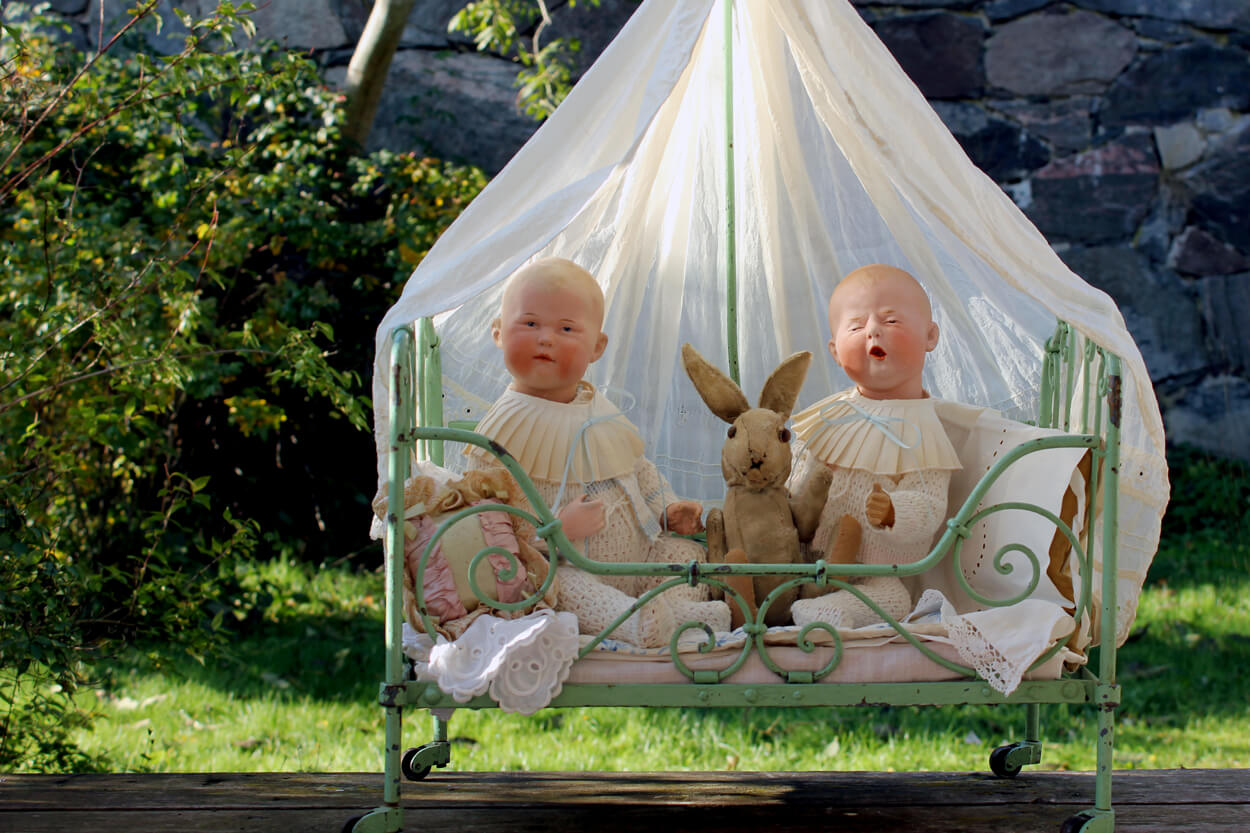 “I am very grateful to each of those 30,000 visitors that support us each year!”

Toy collector Petra Tandefelt says: “The collection’s first toys were bought in the late 1960’s by my mother, artist Piippa Tandefelt (born in 1939, in Sortavala, Carelia, nowadays part of Russia). At the time my mother was making ceramic art here in Suomenlinna, and was a founding member of the ceramic atelier Pot Viapori. It was only natural she would find the materials and designs of porcelain dolls fascinating. My mother bought me the first porcelain dolls at the end of the 1960’s, when I was a small child. At the time my family lived at the Great Courtyard, in the so-called Blue House.

Later, my mother established an antique shop in Pietarinkatu, Helsinki. The rumor of the toy-collecting antique merchant spread out quickly, and so the collection started growing. At the time it was still relatively easy to collect old toys, since hardly anybody was interested in them. My mother, a evacuee girl from Carelia, managed to collect her dream childhood around her, practically without competition.

Our collection of old toys was first exhibited in public in 1979, at the Rantakasarmi exhibition centre. It was a theme exhibition arranged by the Nordic Art Centre to celebrate the year of the child (these days the Helsinki International Artist Programme HIAP operates in Suomenlinna). The exhibition was noted in the media, and many insisted the old toys should be displayed in public permanently. People were even angry: how could anyone keep such treasures only for themselves?

At the time we had just started renovating a rundown villa from the russian era, Villa Vasiljev, on the east coast of Suomenlinna. So we decided to make room for the Toy Museum on the bottom floor of the house while renovating. The old wooden villa was carefully steadied, and the rocky foundation was excavated to make room for the museum. Around the same time district heating and running water were brought to Suomenlinna, and the Villa was upgraded with modern amenities during the renovation. What a luxury it was to be able to take a hot shower and use an indoor bathroom!

We realised quickly that it would be impossible to make a living simply by selling museum tickets in Suomenlinna. The Museum was also my summer job, and the pennies didn’t make for much of a wage, not to mention all the side costs. At the start of the 1990’s, we started a small coffee shop adjoining the museum. We even served lunch meatballs for school groups in the beginning. Luckily more restaurants and cafés have opened in Suomenlinna since then.

I, Petra Tandefelt (born in 1966, in Helsinki) am originally a graphic designer, with 15 years of work experience in an advertising agency in Helsinki. When you have grown up among old toys, antiques and the hard mistressl of entrepreneurship, it seemed like a natural career move for me to take over the museum. Courage, creativity and discretion are definitely things my character is not lacking. From my father’s side, we are a military family that has been in Suomenlinna since the very first stones were laid for the Fortress. It’s a great honor for me to be a link in that chain, developing and defending my unique home village.

The much beloved and wonderful Toy Museum and Samovarbar is my private enterprise, and is 100% self-sufficient. I am very grateful to each of those 30,000 visitors that support us each year! The Toy Museum as well as the Samovarbar have loyal customers around the world. If you wish to support us, please contact me directly. We are so grateful for all the support, physical and moral: happy customers are our best advertising!”